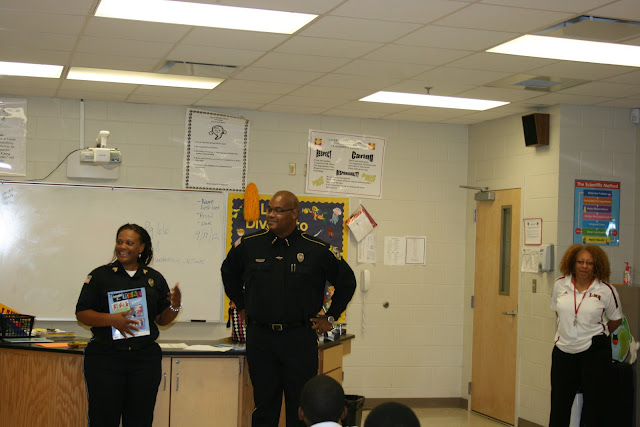 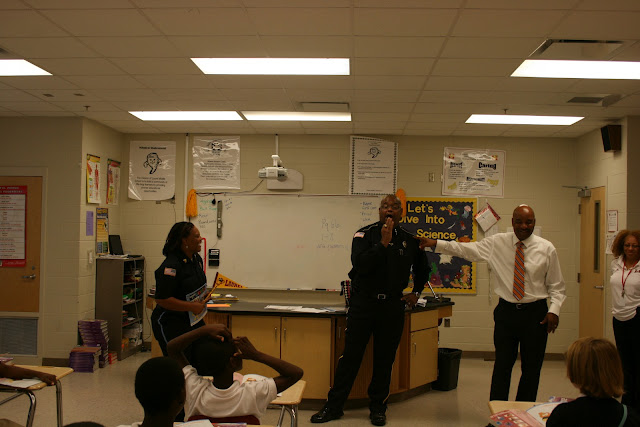 Sergeant Shannon Caraway has been teaching kids how to resist peer pressure and live productive drug and violence-free lives through the D.A.R.E. (Drug Abuse Resistance Education) program in the Laurel School District twice a week, off and on for the past six years. She will tell you herself that teaching was not her first aspiration.
“I was fussing and kicking at the idea of teaching. But I have found that teaching is a natural ability for me. I found that I liked talking to the kids about the things that I’m passionate about: crime, drug prevention and overall helping the kids make positive decisions for their lives.”
This year Laurel Middle School students are among millions of school children around the world that will benefit from D.A.R.E., the highly acclaimed program that gives kids the skills they need to avoid involvement in drugs, gangs, and violence. In addition to the core program, D.A.R.E. has responded to the changing needs of the community prevention issues to include lessons on bullying, gangs, Internet safety, prescription and over-the-counter (OTC) drugs and meth. Sgt. Carraway communicates an effective, multicultural middle school drug prevention program that has been shown to reduce alcohol, marijuana, and tobacco use called “keepin’ it REAL.”

Lessons cover risk assessment, decision making, where to go for support, and communication skills such as conflict resolution and drug refusal. REAL stands for the resistance strategies – Refuse, Explain, Avoid, and Leave – that teens can use to negotiate drug offers. The keepin’ it REAL curriculum has been tested by researchers with thousands of middle school children and has been shown to be effective in reducing adolescent drug use.

The D.A.R.E. curriculum was designed to be taught specifically by police officers. Young students often pose sophisticated questions about drugs and crime and police officers have a background that can relate the danger of the lifestyle. Prior to entering the D.A.R.E. program, officers undergo 80 hours of special training in areas such as child development, classroom management, teaching techniques, and communication skills.

“The Laurel Police Department has been involved with the D.A.R.E. program for over ten years and we’ve seen how it’s helped our community.” said Laurel Police Chief, Tyrone Stewart. “Sgt. Caraway has received extensive training and keeps up her certification. Not only is she educating the kids about the dangers of drugs, but she is also building a rapport with the students that police officers are here to help, not hurt.”
Through D.A.R.E., young people begin to relate to officers as people and open the lines of communication between law enforcement and youth. The relationship between the D.A.R.E. officer and students can lead to a positive perception of law enforcement as a whole.

6:00am - Mission at the Cross
Event Details