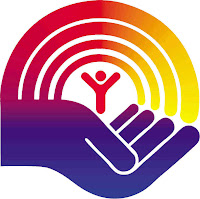 The City of Laurel is kicking-off with its 2012 United Way of the Pine Belt Region annual “Live United” campaign. This year’s campaign effort underscores how strongly city employees feel about giving back to Laurel and making an investment in the community. Employees have the opportunity to make contributions at an open enrollment period the week of August 13-15 for all departments, including the police and fire departments.

City employees hope that their commitment is infectious and that others make giving to United Way an important priority. Employees can make a one-time pledge or authorize for a payroll deduction.

“There is no question that when we unite, we can make Laurel-Jones County an even better place to live,” Anicia Hill, Laurel’s Director of Public Relations and 2012 campaign coordinator.  “The City of Laurel supports the United Way’s mission: ‘To increase the organized capacity of people to care for one another’,” said Hill. “City employees are setting the example by supporting our local chapter of the United Way to better our community as a whole.  We hope the concerned citizens will follow by dedicating time, resources and their personal involvement.”

According to the United Way of the Pine Belt Region, contributions exceeded $660,000 in 2011 and provided over 166,000 services in Jones, Covington, Jasper, Smith and Wayne. The local chapter has set a 2012 goal of $640,000. To ensure a standard of excellence in service by our local United Way, 99% of any gift stays in our five-county area. Individuals can choose to designate any or all of a pledge to a specific agency of the United Way including the Boy Scouts of America, Girls Scouts of Greater Mississippi, YWCO, The Salvation Army, The American Red Cross and many more well-deserving agencies.
Campaigns are under way all over the city.  For more information or to become involved, please contact the United Way of the Pine Belt Region at 601-428-8459 or email them at office@uwpbr.org.